This appears to be a primer on uploading a shell and bypassing some file type restrictions.

If it’s not possible to add a new account / SSH key / .rhosts file and just log in, your next step is likely to be either trowing back a reverse shell or binding a shell to a TCP port. This page deals with the former.

Your options for creating a reverse shell are limited by the scripting languages installed on the target system – though you could probably upload a binary program too if you’re suitably well prepared.

The examples shown are tailored to Unix-like systems. Some of the examples below should also work on Windows if you use substitute “/bin/sh -i” with “cmd.exe”.

Each of the methods below is aimed to be a one-liner that you can copy/paste. As such they’re quite short lines, but not very readable.

Some versions of bash can send you a reverse shell (this was tested on Ubuntu 10.10):

This was tested under Linux / Python 2.7:

This code assumes that the TCP connection uses file descriptor 3. This worked on my test system. If it doesn’t work, try 4, 5, 6…

If you want a .php file to upload, see the more featureful and robust php-reverse-shell.

Netcat is rarely present on production systems and even if it is there are several version of netcat, some of which don’t support the -e option.

If you have the wrong version of netcat installed, Jeff Price points out here that you might still be able to get your reverse shell back like this:

One of the simplest forms of reverse shell is an xterm session. The following command should be run on the server. It will try to connect back to you (10.0.0.1) on TCP port 6001.

You’ll need to authorise the target to connect to you (command also run on your host):

Ok, so going to the page we get 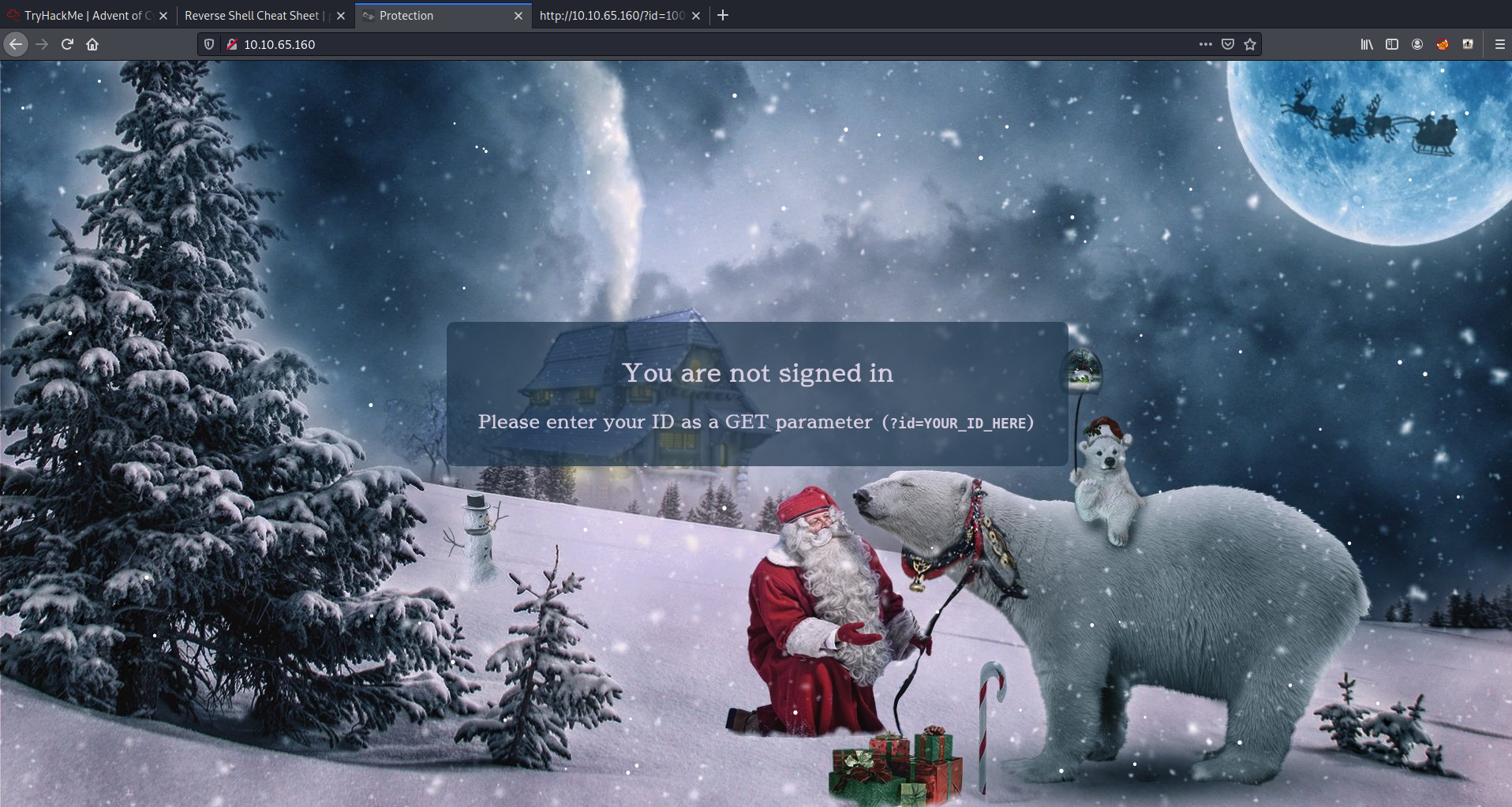 So we need to pass an id to the page using GET request. From the task page we can see the below which includes an id

What string of text needs added to the URL to get access to the upload page?

Using the information in the above note, we need to add ?id=xxxxxx . Once added we can now upload some files. 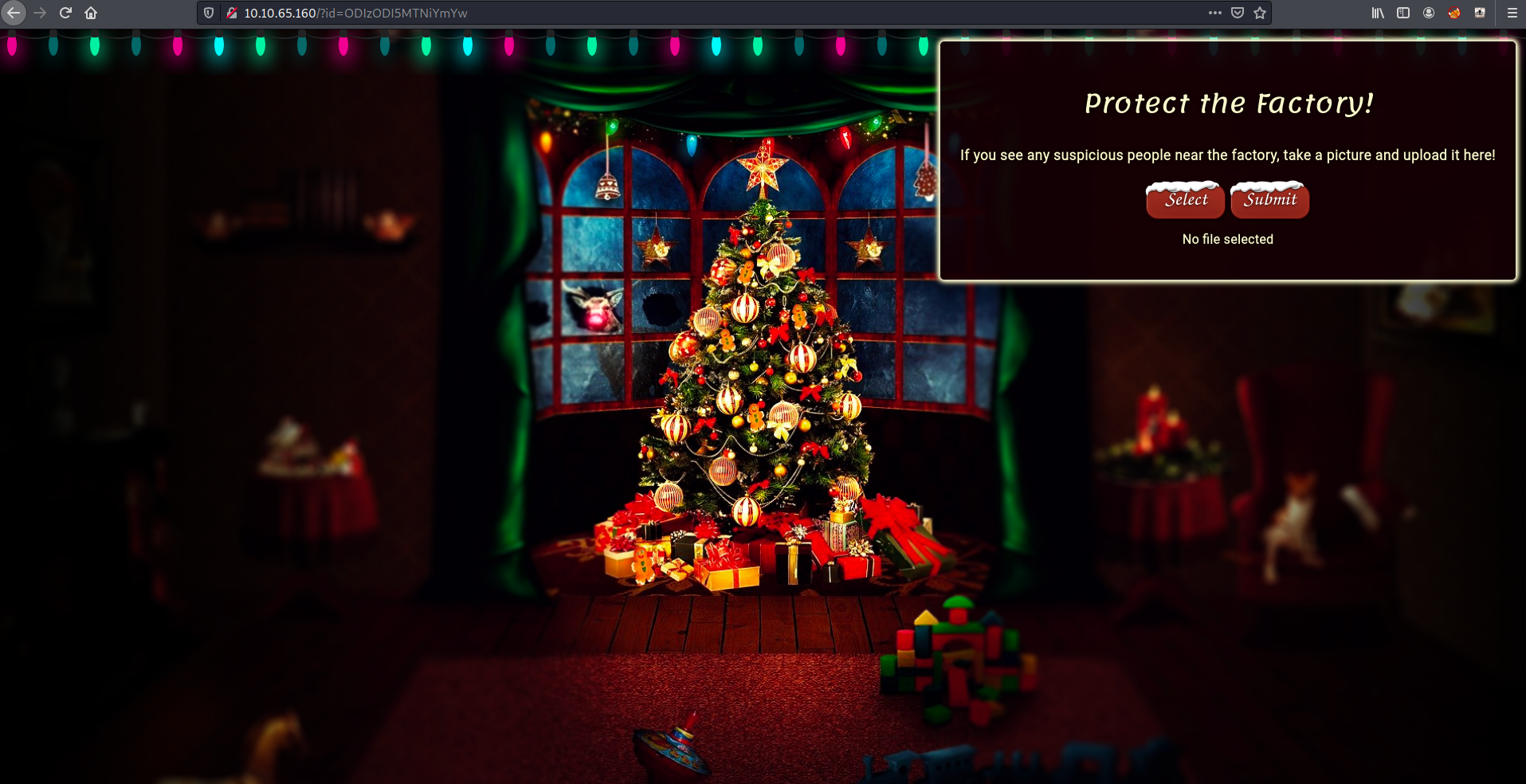 What type of file is accepted by the site?

Looking at the upload dialog it states we can upload pictures which could be describe using a different word...

Bypass the filter and upload a reverse shell.

Ok so trying to upload just a normal web.php shell we get.

So first lets try an easy one web.jpeg.php 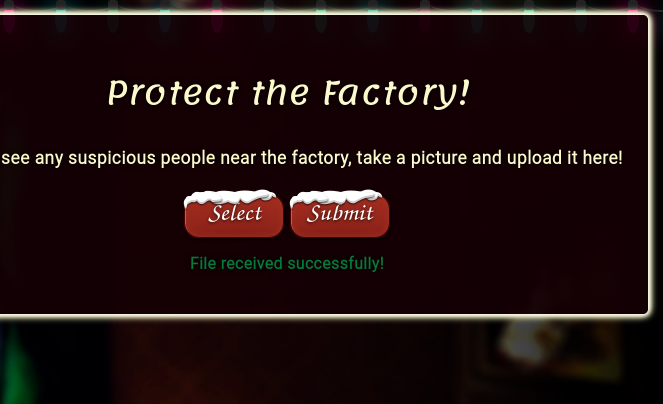 Boom easy win, this works becuase it appears that the code is just checking for what is after the first '.'

In which directory are the uploaded files stored?

Using dirb or gobuster you can spot the directory

Activate your reverse shell and catch it in a netcat listener!

What is the flag in /var/www/flag.txt?

This is nice and easy

So above I said it was easy as it just checks what is after the first . , but what does this look like ? Lets look at the contents of upload.php and specifically these parts:

I have only copied sections of the code, but you can see that $data is the file we provide. Once deconed there is an attribute name within $data which is used to get the extension

We can see that it is using trim and explode to get split out the name attribute and is getting item 1 out of the array it creates. Remember Arrays start at 0 ... so in our first attempt it see's

so the extension is php which does match the condition below and so tells us invalid extension!.

but in our second attempt

it splits it out and see's jpeg as then extension 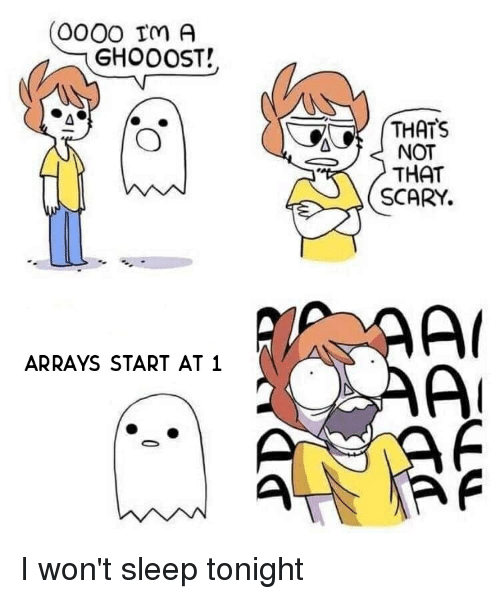 Walk through for Day 3 of Advent Of Cyber 2

Walk through for Day 1 of Advent Of Cyber 2